Behzad Pharmacy is  one  of  the  first Pharmaceutical  Distributor  in  the  Kingdom of Bahrain, established in 1947 by Dr. Qassim Mohamed Behzad after his graduation from the Medical College,  New Delhi-India,  in 1942 (as one of the first Bahraini Doctor in the Gulf Area).

Between  1947 and 1985,  Behzad  Pharmacy which began  developing with the life in Bahrain became one of the branches of Behzad Medical Establishment (in 1985). 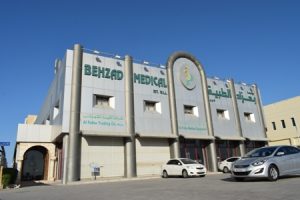